Home - About us - Team members 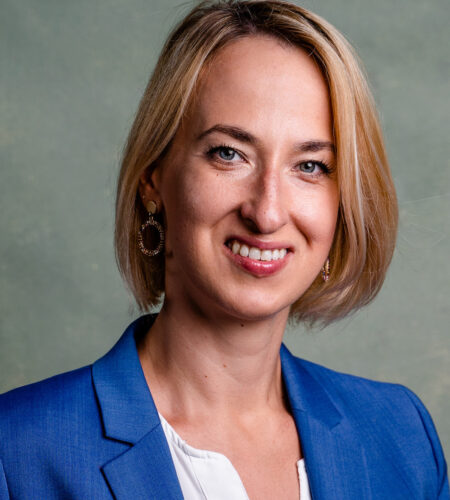 Daria is an experienced Event Director and Sales Leader with over a decade of experience in the events industry. Currently based in London, Daria comes from the publishing background having moved to the world of live events in 2007.
Daria has a wealth of experience in building and leading award winning sales teams, launching and growing successful B2B events from small high level conferences to large international exhibitions across a wide range of complex and technical industry sectors including edtech, energy, sustainability, food & beverage, health nutrition, and design. Daria has worked for a number of international organisers including Informa Markets, Ocean Media Group and DMG Events and currently is Global Strategic Partnerships Director at Hyve.
Daria is passionate about promoting diversity in the events sector and believes the Women in Exhibitions initiative will help empower more women in the sector to be equally represented in the senior roles.

"When I was a child I wanted to become an actor. What other professions can give an opportunity to live several lives, have a large variety of experiences, and try out different roles all in a short space of time?"

What is your favorite 90's song?

(Everything I Do) I Do It For You by Brian Adams. Not only my favourite 90's song but also the all time favourite song. One of the best love ballads from one of my favourite movies too.

If you could invite anyone to present with you on stage who would it be?

Imagine you are famous, who would you be?

Meryl Streep. One of the most talented actors and a vocal advocate for equality.

Who inspired you the most in your life and how?

My grandmother, who was successful personally and professionally back when things were much harder for women. She was a Lead Engineer successfully managing a large department working well into her seventies because she wanted to continue making an impact.